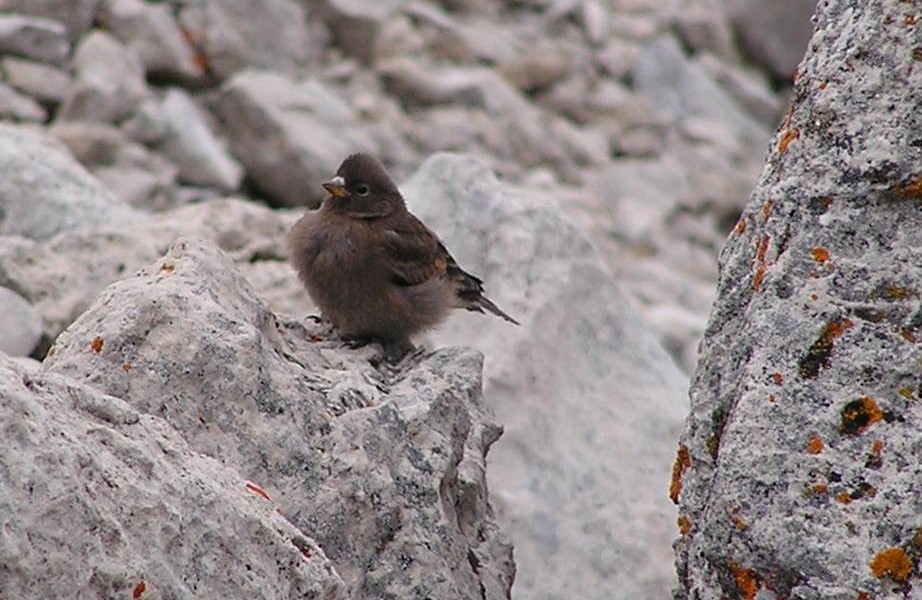 Paul Hendricks took several photos of this cooperative fledgling Gray-crowned Rosy-Finch near the summit of Scapegoat Mountain in Montana (on the Continental Divide) in July 2007. The youngster was digesting the meal its parents had just delivered.