August 2018 (Jamie’s excuse for a missed a board meeting) 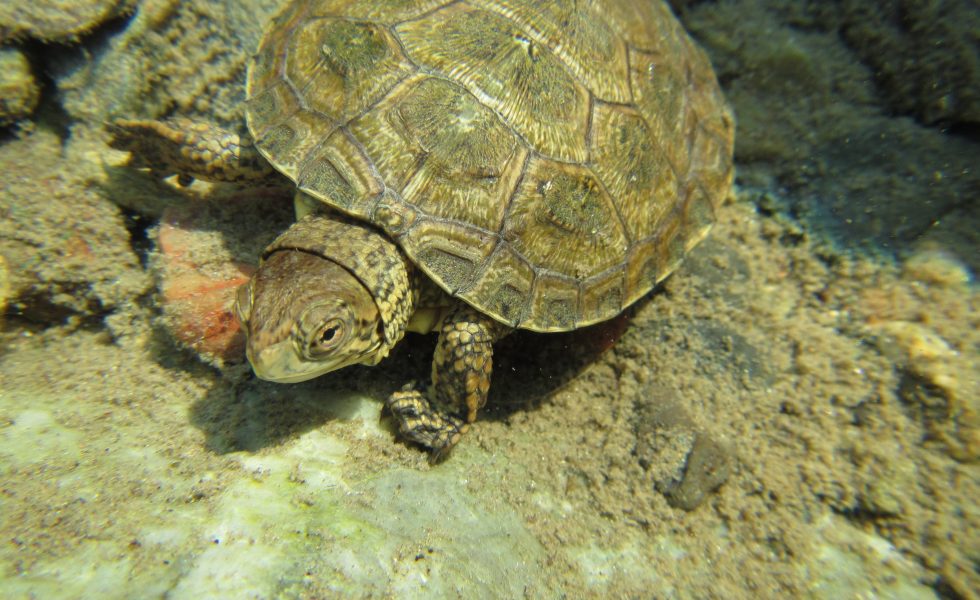 I had planned to make the 1600 call on Thursday, August 24th, but I had a longer field day than planned. Volunteered for Green Diamond’s herp crew doing a two-day turtle dive on the Mad River….this was year 22 since Lowell Diller started it in 1997. Think I have helped out five or six times, maybe more. Anyhow, Matt K thought we would be off river by 1400 and I would make cell reception by 1600. Then with three divers, we got 31 turtles that day [Ryan Bourque is still an animal, caught most of those]. Here is a pic of Matt Kluber, Will Davenport [of GD] and Ryan B [CDFW, formerly of GD]. 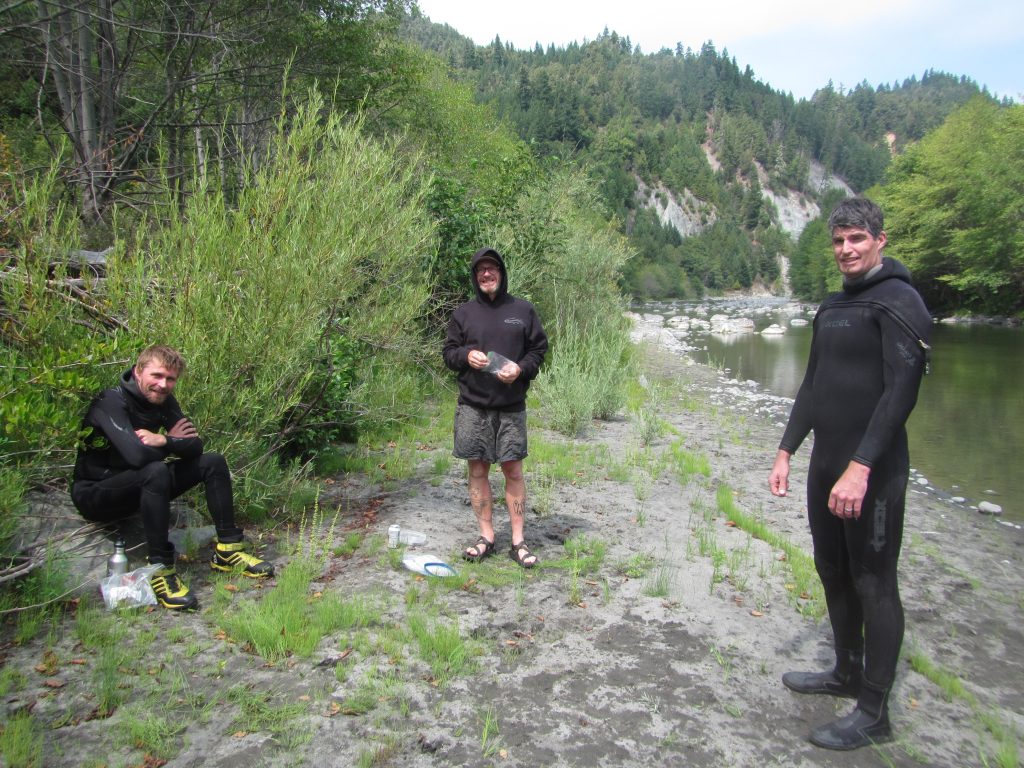